Written by Benny Jekel
Updated over a week ago

We are very excited to announce that our Beta version of the new user reporting pages have just gone live, and we would love for you to try it out and give us feedback. 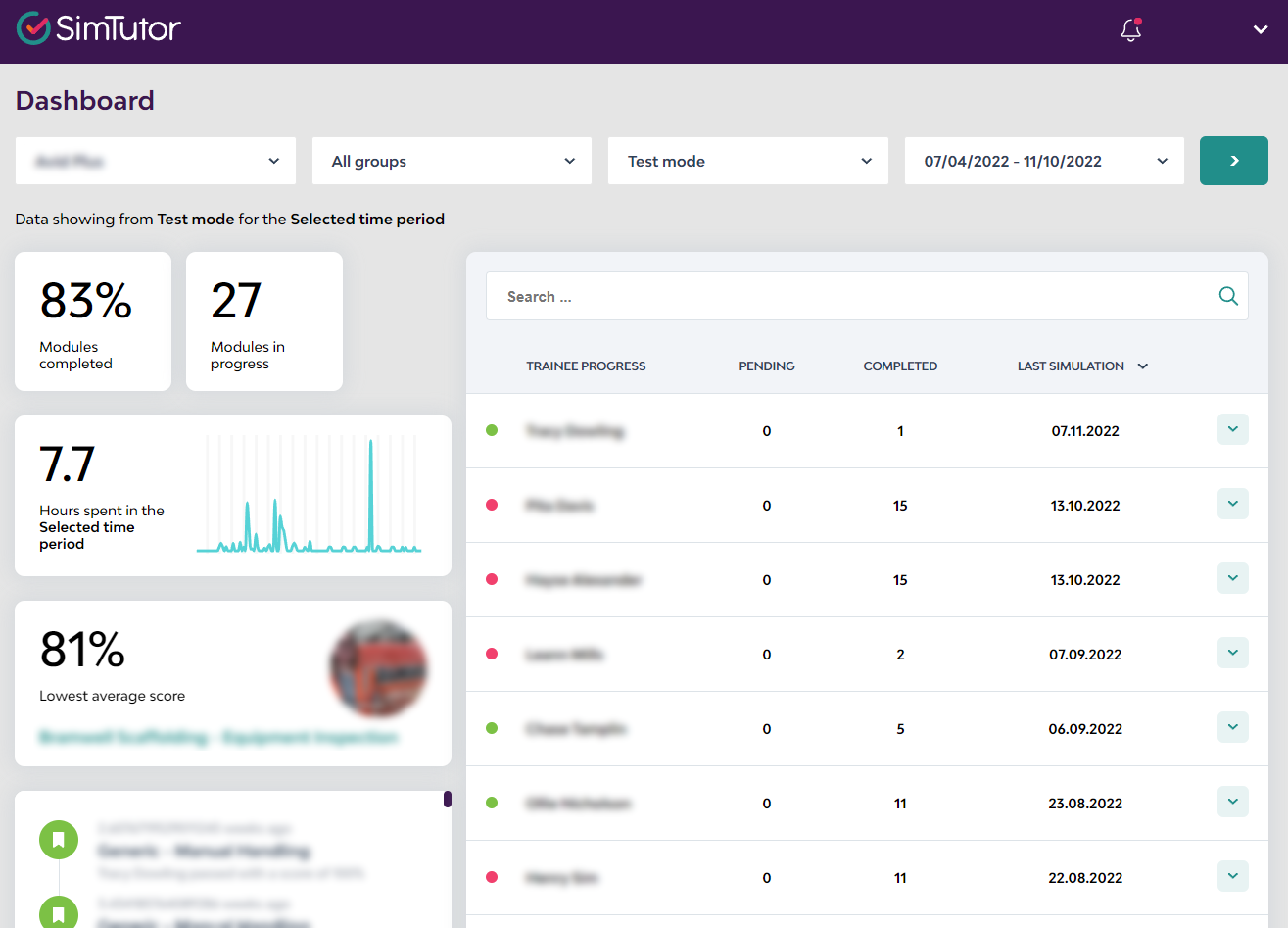 For now, we have just published the Dashboard, where you’ll be able to see quick information about your learners simulation progress, and an activity tracker which allows you to see live user progress, and delve deeper into how much time they are spending on simulations, and which are the easiest and hardest for them!

As this is still in Beta, we would like to preface all of this by saying that there are a few bugs that we are sorting out regarding the data/graphs on the left side of the dashboard. Also, we have yet to add the student report, and module/sim report which will be coming in a near future release. These reports will replace the existing reports, where you can track your learners at a more granular level.

Try it out for yourself! - https://reporting.simtutor.com/

Did this answer your question?